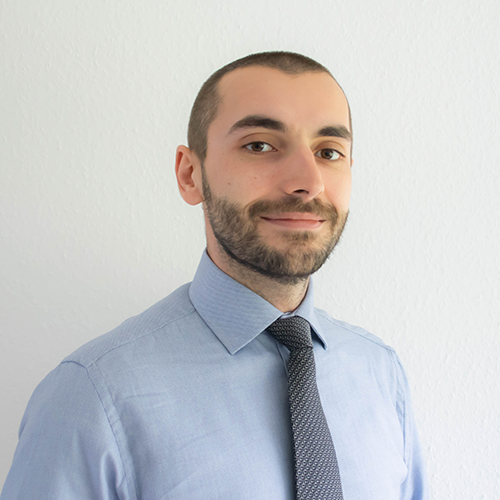 Dominick is a German-born American software engineer who started at EDI GmbH in April of 2019. At EDI GmbH he gradually transitioned into the backend working mainly with the increasingly popular programming language Python, where he has aided in the goal to establish clean and maintainable coding standards for the team as well as mentoring new Python programmers. Additionally, he is responsible for the smooth operation of the EDI hive, which he accomplishes by administering its Micro-Service Architecture with state-of-the-art technologies like Docker and Kubernetes. In his previous job as a Research Assistant in a team focusing on User Experience, he mainly acquired experience in programming Android and Frontend Web applications while keeping the focus on good UX. He has more than 3 years of experience in this field and was also given the confidence to take part in two successful and challenging research projects funded by the German Federal Ministry of Education and Research on his previous job.